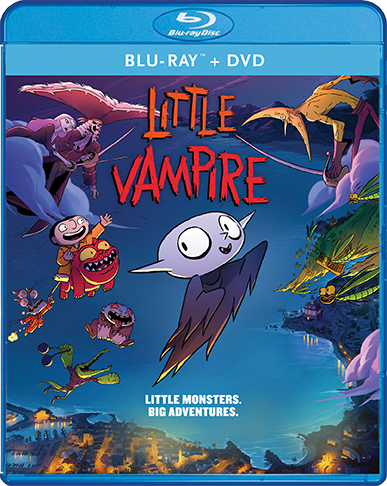 Little Vampire has been 10 years old for the last 300 years. Despite living in a haunted house with a merry group of monsters, he is bored to death. His dream? Going to school to meet other kids. Unfortunately, his parents won't let him leave the mansion because they believe the outside world is way too dangerous! Accompanied by his trusted bulldog Phantomato, Little Vampire secretly sneaks out on a quest for new friends. He will soon meet a human boy, Michael, but their friendship will catch the attention of the terrifying Gibbus, an old enemy that has been chasing Little Vampire and his family for centuries.