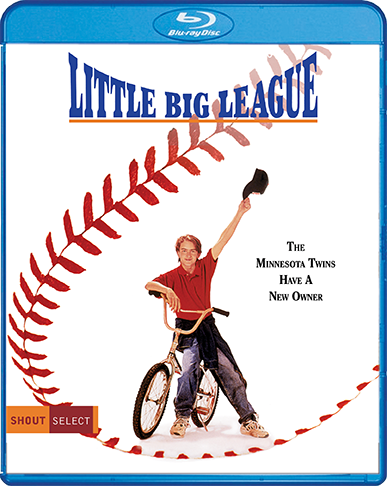 "Little Big League has the same mystical regard for the game as movies like Field Of Dreams and Bull Durham." – Roger Ebert, Chicago Sun-Times

No one knows the game of baseball better than 12-year-old Billy Heywood (Luke Edwards). When he inherits the Minnesota Twins from his grandfather (Jason Robards), he names himself manager in the hopes of turning the beleaguered team's season around. While his players aren't too keen about taking orders from a kid, Billy promises them if they can't get out of last place, he'll fire himself. With the help of pitching coach Mac (John Ashton) and team captain Lou Collins (Timothy Busfield), Billy learns what it takes to run a team of misfits and reminds them all how much fun playing baseball can be. Put this Blu-ray in, Coach, it's ready to play!