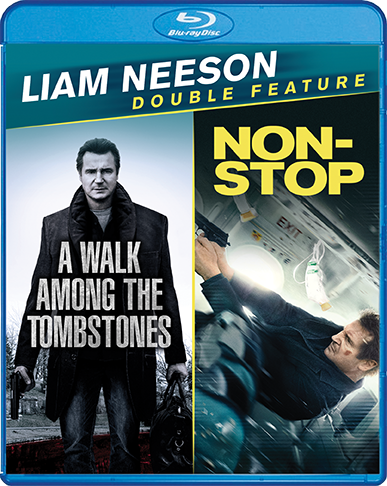 LIAM NEESON CLEANS UP THE STREETS – AND THE SKIES – WITH A DOUBLE SHOT OF INTENSE ACTION!

A WALK AMONG THE TOMBSTONES

Neeson plays Matt Scudder, an ex-cop turned unlicensed P.I. who reluctantly agrees to help a heroin trafficker hunt down the man who brutally murdered his wife. The line between right and wrong is blurred as Scudder races to track down the murderers through the darkest underbelly of New York City.

During a transatlantic flight, U.S. Air Marshal Bill Marks (Neeson) receives a series of cryptic text messages threatening to kill a passenger every 20 minutes unless $150 million is transferred to an off-shore account. With hundreds of lives in the balance, Marks must uncover the killer traveling on the aircraft.