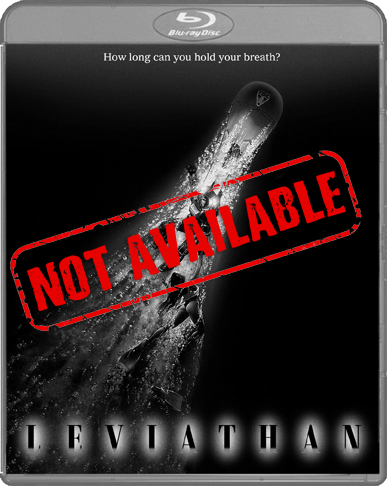 On the dark and forbidding ocean floor, the crew of a deep-sea mission rig discovers a sunken freighter that harbors a deadly secret: a genetic experiment gone horribly wrong. With a storm raging on the surface and no hope of rescue, the captain and his team are propelled into a spine-tingling battle for survival against the ultimate foe – a hideous monster that cannot die...and lives to kill!

"Personally I liked the movie, because it had a good plot, lots of action and little humour there and there. I liked it, let's see if you like it!" -IMDB

"The combination of well thought out characters and an incredible cast to bring them all to life is a huge reason why Leviathan will always be one of my personal favorite underwater monster movies." -Daily Dread

"Pulled off with a fine cast and a taut storytelling sensibility from director George P. Cosmatos, the film is worth a revisit or a first-time look, whichever the case may be." -BluFile