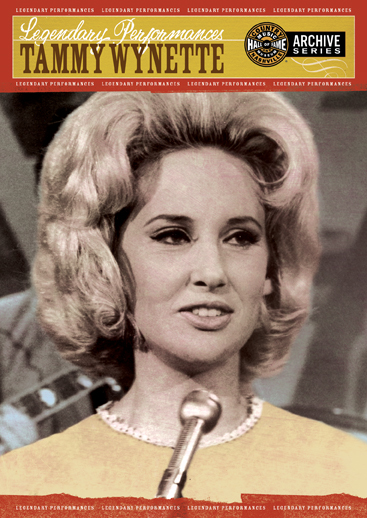 Tammy Wynette was an American country music singer-songwriter and one of country music's best-known artists and biggest-selling female vocalists.

She was known as the "First Lady of Country Music" and one of her best-known songs, "Stand By Your Man," was one of the biggest selling hit singles by a woman in the history of the country music genre. Many of Tammy Wynette's hits dealt with classic themes of loneliness, divorce and the difficulties of male-female relationships. Her songs reflected her often-troubled romantic life (she married five times). But her willingness to share her joys and sorrows in song and her passionate, tear-in-every-note delivery endeared her to millions. [1] During the late 1960s and early 1970s, she dominated the country charts, scoring 17 number one hits. Along with Loretta Lynn, Dolly Parton and Barbara Mandrell she defined the role of female country vocalists in the 1970s.

Her 1969 marriage to legendary country singer, George Jones (which would end in divorce in 1975) created the first country music couple. They recorded a series of duet albums and singles, which charted throughout the 1970s, concurrent to their respective solo hits.