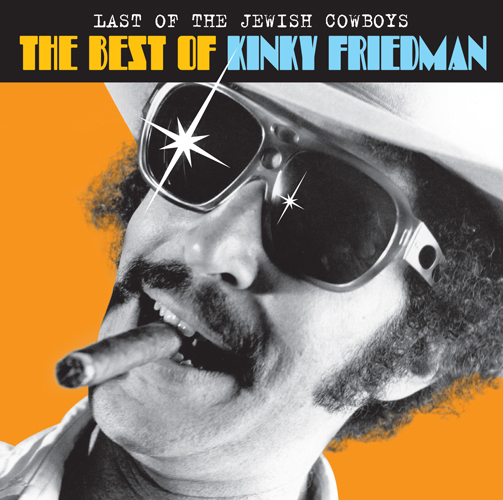 Last Of The Jewish Cowboys: The Best Of Kinky Friedman

With his signature cigar always in hand, Kinky Friedman uses country music as a platform to inform, amuse and outrage his audience. Starting in the early '70s, Kinky and his band, The Texas Jewboys, broke out of the stifling, often prejudiced, Nashville mold. Last Of The Jewish Cowboys: The Best Of Kinky Friedman, a mixture of live and studio recordings, includes many of his controversial hits, such as "Asshole From El Paso," "Sold American" and "They Ain't Makin' Jews Like Jesus Anymore." Never one for censoring himself, Kinky raised eyebrows with "Get Your Biscuits In The Oven And Your Buns In The Bed," "Before All Hell Breaks Loose," (off the pop album charting release Kinky Friedman) "Waitret, Please, Waitret" (to be said with a lisp) and "The Take-It-Easy Trailer Park."