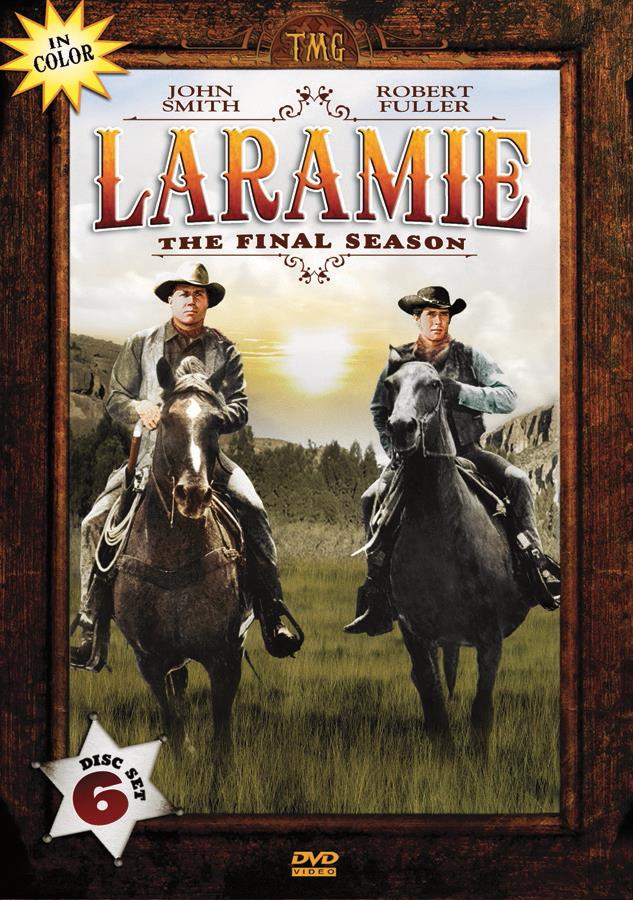 LARAMIE, which ran from 1959 to 1963, is considered by many to be one of the best family westerns of all time. These stirring tales of life on the edge of the frontier in Wyoming Territory in the 1870s bring the Old West to life again as Slim Sherman and Jess Harper team up to tame a wild new country. Serious, funny and a bit violent, each thrilling LARAMIE episode embodies the lasting values of love, loyalty, morals and pride. In addition to great western action and scenery, the show features the fine cast of John Smith as Slim Sherman (Cimarron City) and Robert Fuller as Jess Harper (Wagon Train, Emergency!), along with Spring Byington (December Bride) and Dennis Holmes (Wagon Train). They are joined by a roster of great guest stars, including Adam West (The Betrayers), Ellen Burstyn and Tom Skerritt (No Place To Run), Lee Van Cleef (The Stranger) and Jack Elam and DeForest Kelley (Gun Duel).

In the tradition of their releases of Wagon Train, Cimarron City and Riverboat, TMG and NBC Universal are proud to bring you the entire 4th and final season of LARAMIE, 32 exciting color episodes on six dual-layered DVD discs, helping to keep the spirit of the Old West alive!