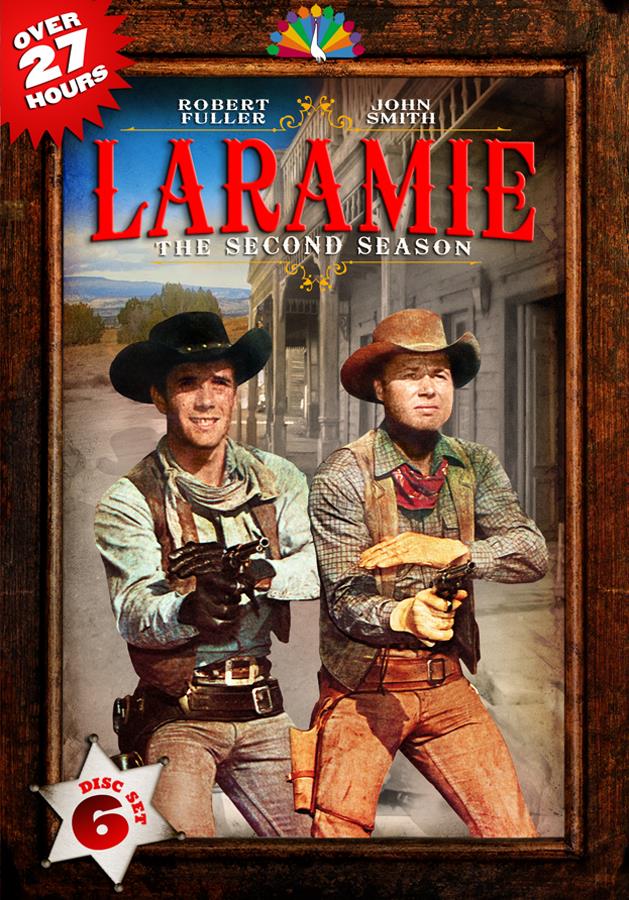 Laramie, considered by many to be one of the best family westerns of all time, debuted on NBC on September 15, 1959. Long sought after by collectors and fans, TMG and NBC are proud to present for the first time the complete, authorized season two of this great television series.

With great western scenery and action, these stirring tales of life on the edge of the frontier in Wyoming Territory in the 1870’s bring the Old West to life again as Slim Sherman and Jess Harper team up to tame a wild new country. Serious, funny and a bit violent, each thrilling Laramie episode embodies the lasting values of the Code of the West, loyalty, morals and pride.