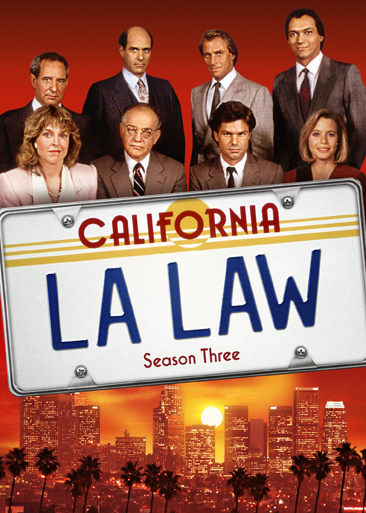 The legal eagles at McKenzie, Brackman, Chaney and Kuzak are back to approach the bench in L.A. Law: Season Three! This latest collection of the smash hit from Emmy® award-winning showrunner Steven Bochco and Terry Louise Fisher compiles the complete nineteen-episode third season as originally broadcast on NBC from 1988-89.

In a year which saw nine members of its cast nominated for Emmy® awards, the third season of L.A. Law also received its second of four victories as Outstanding Drama Series. Highlights of Season Three include: Jonathan Rollins (Blair Underwood) defending a mentally disturbed ventriloquist; Abby (Michele Greene) exiting the firm to strike out on her own; and Ann (Jill Eikenberry) and Stuart (Michael Tucker) continuing their efforts to have a baby.