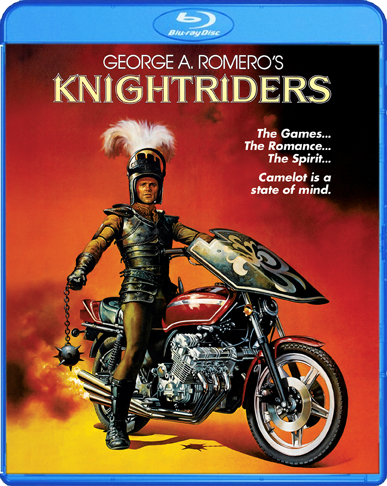 The members of a traveling Renaissance Faire, who saddle up on motorcycles instead of horses, ride from town to town to stage medieval jousting tournaments with combatants in suits of armor and wielding lances, battle-axes, maces and broadswords. The spectacle of this violent pageant soon garners national attention, much to the dismay of the current king of this Camelot. A challenger to his throne arises as they try to maintain their fairytale existence in a world wrought with corruption.

Written and directed by George A. Romero (The Night Of The Living Dead series) and starring Romero regulars Ed Harris (Creepshow), Tom Savini (Dawn Of The Dead), John Amplas (Martin), Patricia Tallman (Monkey Shines) and Ken Foree (Dawn Of The Dead), this “vastly underrated elegy to idealism and rugged individualism” (TV Guide) offers “a compelling reworking of Arthurian legend [and] remarkable action scenes in the process” (The Onion A.V. Club)!