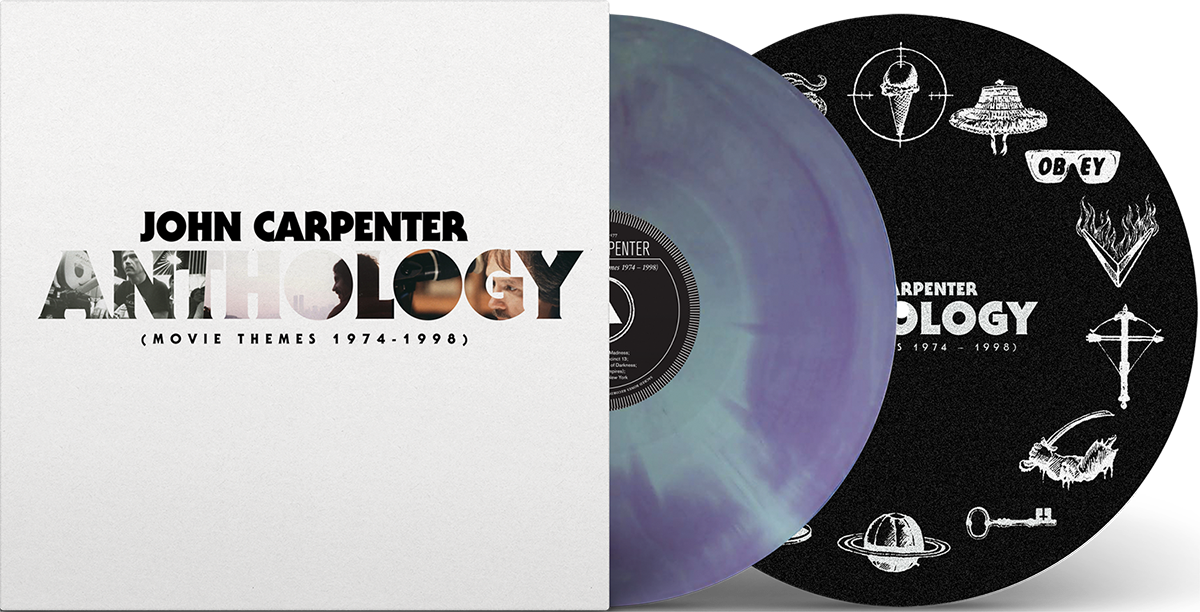 Special Offer: This ShoutFactory.com EXCLUSIVE purple and green galaxy vinyl variant and black slipmat are limited to 1,000 copies.
Product Note: The John Carpenter autographed version of this release has SOLD OUT.

John Carpenter is a legend. As the director and composer behind dozens of classic movies, Carpenter has established a reputation as one of the greatest filmmakers in the history of modern cinema, as well as one of its most influential musicians. The minimal, synthesizer-driven themes to films like Halloween, Escape From New York, and Assault on Precinct 13 are as indelible as their images, and their timelessness was evident as Carpenter performed them live in a string of internationally sold-out concert dates in 2016. Anthology: Movie Themes 1974-1998 collects 13 classic themes from Carpenter’s illustrious career together on one volume for the first time. Each theme has been newly recorded with the same collaborators that Carpenter worked with on his hit Lost Themes studio albums: his son, Cody Carpenter, and godson, Daniel Davies.

Please Note: The green purple galaxy patterning on each disc is unique. Your disc will not exactly match the pattern shown above.

1. In the Mouth of Madness