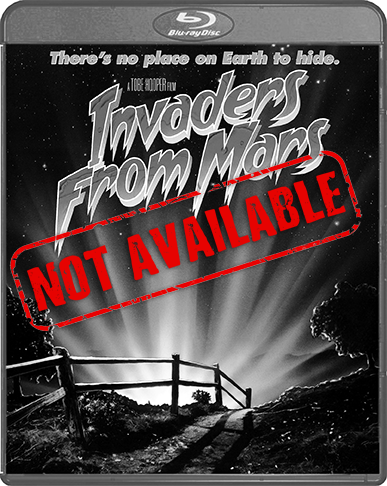 Invaders From Mars (SOLD OUT)

The thriller classic gets "a slick, state-of-the-art remake!" – Film Journal

From the director of The Texas Chain Saw Massacre and Lifeforce.

This space-age creature feature is crawling with horrifying hordes of Martians hell-bent on stealing your soul – as well as your planet! Little David Gardner's starry-eyed dreams turn into an out-of-this-world nightmare when invaders from the red planet land in his backyard and unleash their hostilities on unsuspecting earthlings! Paralyzed with fear as the aliens take over the minds of his mom, dad and even his schoolmates, David must somehow find a way to stop them -– before they turn the whole human race into brain-dead zombies!