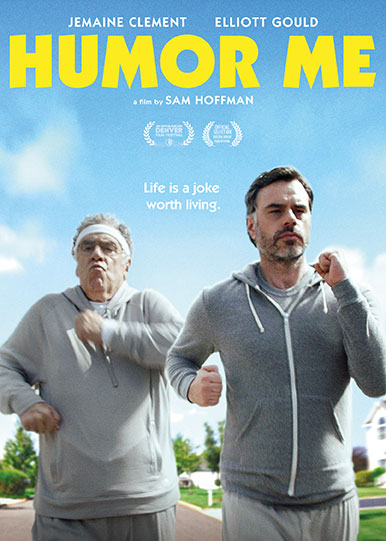 "Humor Me will humor you – and then some." – Gary Goldstein, Los Angeles Times

With an interminable case of writer's block and a personal family crisis, playwright Nate (Jemaine Clement, Flight of the Concords) is forced to move into his father's (Elliott Gould, Ocean's Eleven) retirement community. But a chance encounter with the local community theatre group may help turn his life around … or signal the end of his once promising career for good.