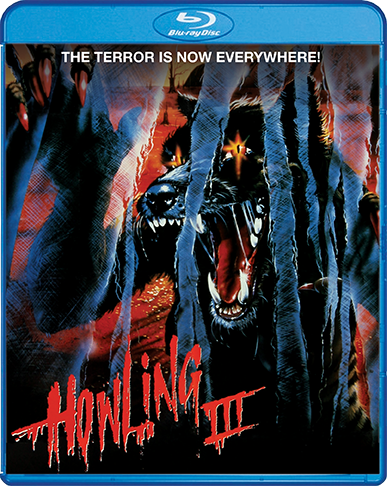 "If you see only one werewolf movie this year ..." – The New York Times

The race is on as a colony of marsupial werewolves attempts to outwit and outlast their human counterparts in the offbeat horror film The Howling III.

Long ago, the now-extinct marsupial wolf (a.k.a. Tasmanian Tiger) roamed the Australian Outback. Today, a werewolf colony that has descended from these marsupials has taken over the land. This race of human-like creatures roams the outback, preying on the unsuspecting to feed their growing numbers. The race for survival is on as the humans struggle to contain these out of control creatures.