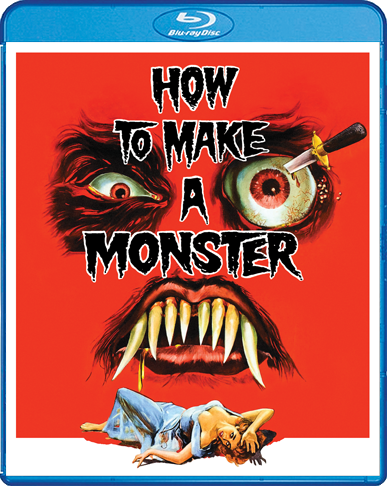 How To Make A Monster

"Good acting, smart writing and competent direction ... an exemplary example of what the genre could do" – The Telltale Mind

Go behind the scenes of moviedom's most popular teen monster movies … and you'll discover a tale of monstrous vengeance! Following the success of two 1957 classics, I Was A Teenage Werewolf and I Was A Teenage Frankenstein, How To Make A Monster takes you backstage, where a frustrated artist spawns his own twisted scheme for murder. When the movie studio moguls decide they'd rather make musicals instead of horror films, their veteran horror makeup artist loses his job. He decides to get revenge against the executives by turning the studio's teenage horror stars into zombified killers. On the way to its eye-popping ending, How To Make A Monster delivers "a fun twist ... [and] getting there was not only delightful, but gratifying" (The Telltale Mind)!

How to Make a Monster