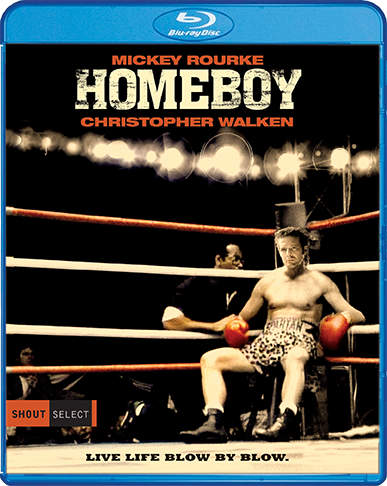 Academy Award®-nominee* Mickey Rourke (The Wrestler) delivers one of his strongest performances as Johnny Walker, a washed-up boxer looking for one more shot in the ring. With hard-hitting fight scenes, gritty drama and a knockout performance by Oscar® winner** Christopher Walken, Homeboy is an unforgettable film about a man who refuses to give up on his last chance to make good.

*2008: Best Performance by an Actor in a Leading Role, The Wrestler