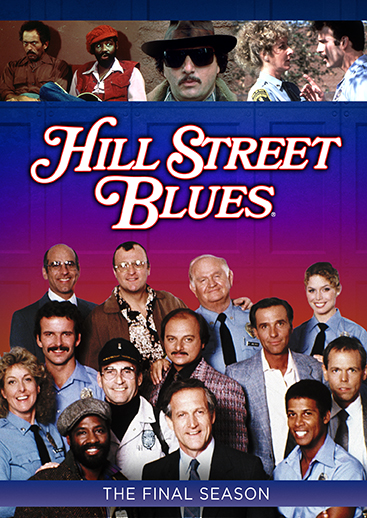 The officers and detectives of the toughest precinct on television work their final shift in the seventh and last season of Hill Street Blues. Steven Bochco's groundbreaking masterpiece of television drama concludes its examination of the lives of the men and women who protect and serve the citizens of a volatile city in these twenty-two episodes, once again delivering the high quality writing, acting, and direction fans have come to expect from this universally acclaimed program.

The unmatched ensemble cast - including Daniel J. Travanti, Veronica Hamel, Bruce Weitz, Betty Thomas, Charles Haid, Joe Spano, James B. Sikking, Taurean Blaque, and Dennis Franz - are in top form for this climactic season, from its powerful opening to its fiery conclusion. Complete your collection of one of television's finest and most honored series today with Hill Street Blues: The Final Season.