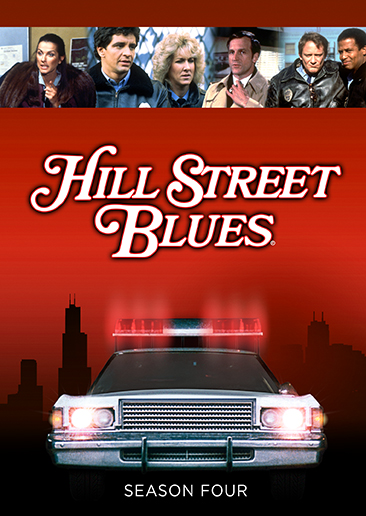 The men and women of the Hill Street precinct are back in force in the award-winning fourth season of Hill Street Blues. The groundbreaking series created by Steven Bochco (NYPD Blue, L.A. Law) revolutionized the television cop genre with a mix of gripping, dramatic realism and surprising, character-driven humor.

As the day-to-day lives of the officers and detectives who protect and serve unfold, the men and women of the Hill (a terrific ensemble including Daniel J. Travanti, Veronica Hamel, Bruce Weitz, Charles Haid, Michael Warren, James Sikking and Betty Thomas) do whatever it takes to maintain the peace in both their city and within the walls of the station house. But as the balance of power in the battle for control over the city ebbs and flows, the Blues are hit with a tragic blow from within (in an installment that TV Guide named one of the 100 greatest television episodes of all time).

Season Four's twenty-two episodes maintain the high standard set by the unparalleled cast and crew in Hill Street Blues' previous seasons, and the Blues have the gold to prove it. With an impressive fourteen Emmy® nominations (and a fourth consecutive win for Outstanding Dramatic Series), Hill Street Blues' fourth season solidified the series' unimpeachable quality on its way to being rightfully placed in the pantheon of television's finest programs.