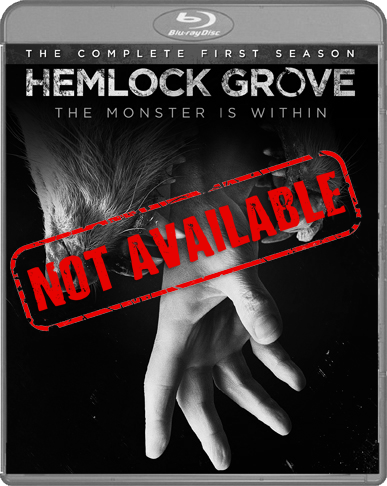 Hemlock Grove: Season One (SOLD OUT)

In a small Pennsylvania town, something evil has come in search of prey. But who is the true monster in Hemlock Grove?

The brutal slaying of a teenage girl sends the townspeople of Hemlock Grove into a desperate search to find her killer. But this sleepy community soon finds itself living a nightmare as monstrous secrets and rumors threaten to drive them all down a dark path and leave them struggling to uncover the truth.

"This Grand Guignol will keep you guessing, which in turn may keep you watching. But you better have a strong stomach."-Philadelphia Inquirer

"Hemlock Grove doesn't rely on gore; there are some real characters here too." -Cinema Blend

""Hemlock Grove takes its time with story lines, ensuring that each one has plenty of room to ripen. It carries out every dastardly deed with gusto, but still offers enough moments of levity." - Entertainment Weekly