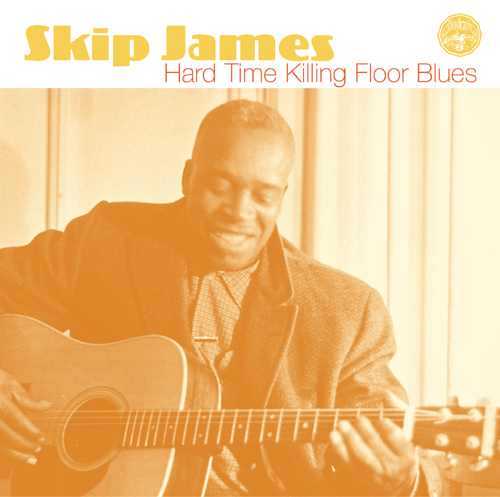 Nehemiah "Skip" James was one of the most powerful and awe inspiring blues performers to play the genre. Born near Bentonia, Mississippi in 1902, James took to music early. After seeing local musicians Henry Stuckey and Rich Griffith play at a local juke joint around 1909 he soon began to pick up the various guitar pieces he heard local musicians playing. In 1917, Henry Stuckey began to formally teach Skip James how to play the guitar and perform the blues. Through him, James picked up what has become known as the Bentonia style of blues. This, combined with the haunting falsetto vocal style common to the area, makes for some of the loneliest, deepest, darkest blues ever sung and recorded. Skip has been an influence on musicians from Robert Johnson (Skip's "Devil Got My Woman" became the basis of Johnson's "Hellhound on My Trail") to Eric Clapton (who recorded James's "I'm So Glad" on the first Cream album). The recordings on this compact disc have been painstakingly re-mastered from the original acetates. The songs presented here were taken from James' first studio sessions after his long absence and recorded in Falls Church, Virginia on December 16, 1964. This disc also includes six of James' greatest Paramount Records recordings redone along with six never before recorded compositions. Both "Sick Bed Blues" and "Washington D.C. Hospital Center Blues" were recent compositions by James about his early bouts with the cancer that would eventually take his life.

"One of the most unique talents to come out of the Delta was Skip James. With his use of minor keys, complex finger picking, and his high, keening voice, he created one of the most idiosyncratic and haunting blues styles. James' arresting melancholy makes the effort worthwhile, and Biograph's excellent digital transfer makes that extra effort easy." - Music Monitor, John Knight