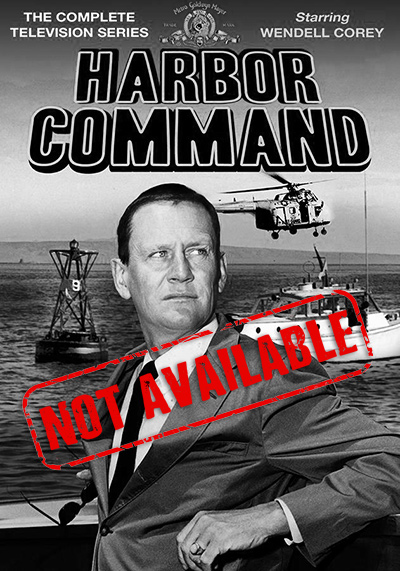 Excitement Unlimited! At shore, on the sea, and in the air!

Harbor Command was an action television series that followed the exploits of San Francisco Bay’s United States Coast Guard Harbor Police. The series starred Wendell Corey as Captain Ralph Baxter, an officer of the United States Coast Guard, who brings to bear the very latest in technological advances in a never-ending battle to outwit a wide variety of criminals.

Harbor Command captured all the seething drama of our seaports, and featured memorable performances by some of televisions biggest stars, including Leonard Nimoy, Brian Keith, Peter Marshall and Edmond O’Brien.

The series was produced by ZIV Television Programs, a pioneer in television syndication and the company responsible for some of TV’s best-remembered shows.

Every Memorable Episode in One Huge Collection!