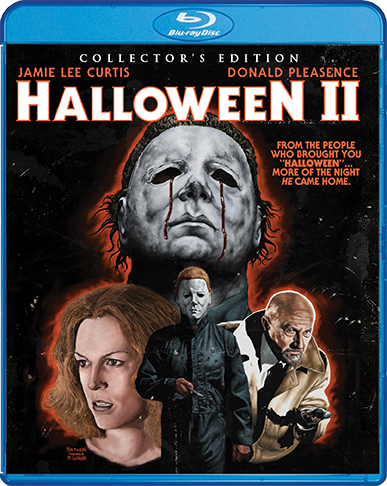 "Scream Factory's Blu-ray reissue of Halloween II is excellent. It not only offers up a marginally improved transfer over the previous Universal release but improved audio as well and a considerable amount of new extras and the television cut of the movie - it's hard to think of anything that was left out!" - Ian Jane, DVD Talk

"The transfer is positively stunning, with crisp, inky details, spot-on color and a vivid textures. Dust and dirt specks are virtually nonexistent, and grain is kept naturalistic without overpowering the image." – RL Shaffer, IGN