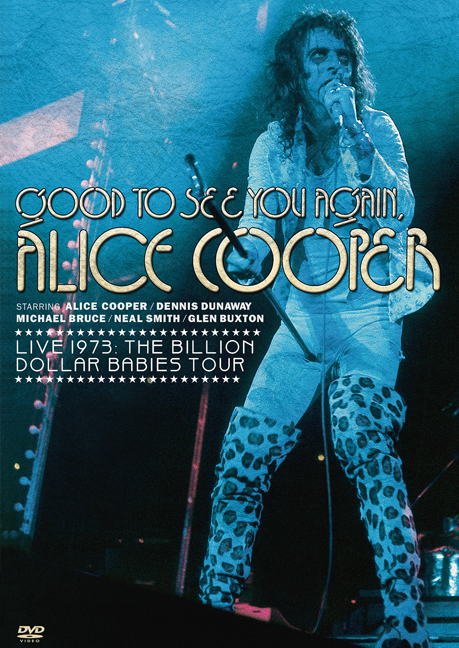 Good To See You Again, Alice Cooper is one of the great lost rock films. The movie, which captures the original band lineup in the middle of the legendary 1973 Billion Dollar Babies tour, has never before been available on home video or DVD.

Shout! Factory is proud to present the original cut of the film (including skits featuring the band) which was given a very limited theatrical run-mostly at midnight screenings-in the mid-'70s. This is the early cut, predating the Hollywood version. Now available for the first time since the theatrical release, Good To See You Again, Alice Cooper boasts a new high-definition film transfer as well as a new Surround Sound mix created from the 16-track master tapes, plus a multitude of extras, including movie-length commentary by Alice himself. "The film that out-grosses them all"-as it was originally billed-is back, looking and sounding better than ever.

I Love The Dead

The Lady Is A Tramp (studio)