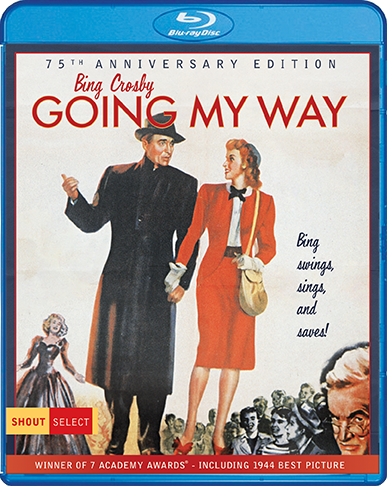 A winner of seven Academy Awards®*, the irresistible Going My Way lights up the screen as beautifully as it warms up the heart. Bing Crosby shines as Father O'Malley, a young priest new to an established but financially troubled parish. When his philosophies conflict with those of the curmudgeonly Father Fitzgibbon (Barry Fitzgerald), the unflappable Father O'Malley perseveres — eventually winning over his gruff superior and the parish with his fresh, inspirational approach.

Massively successful with critics, at the box office, and on the record charts (thanks in no small part to the timeless tune "Swinging On A Star"), Going My Way is an undeniable Hollywood classic.