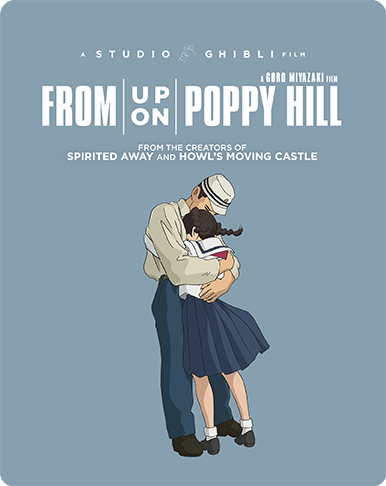 From Up On Poppy Hill [Limited Edition Steelbook]

"Frankly stunning, as beautiful a hand-drawn animated feature as you are likely to see" – Kenneth Turan, Los Angeles Times

From the legendary Studio Ghibli (Spirited Away) comes another animated triumph, directed by Goro Miyazaki and based on a screenplay by Academy Award®-winner* Hayao Miyazaki.

Yokohama, 1963. Japan is picking itself up from the devastation of World War II and preparing to host the Olympics. Against this backdrop of hope and change, a friendship begins to blossom between high school students Umi and Shun – but a buried secret from their past emerges to cast a shadow on the future and pull them apart.

From Up on Poppy Hill