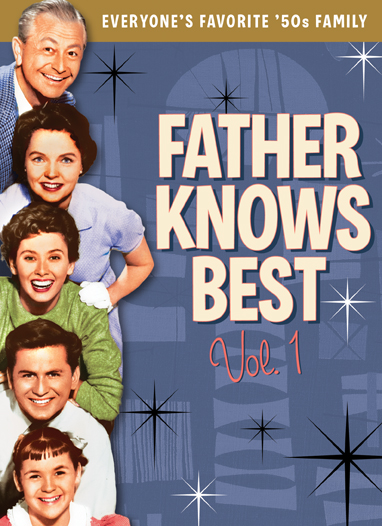 Father Knows Best premiered on CBS in October 1954 and has been part of the American cultural fabric ever since. The program's depiction of a "typical" mid-century, middle-class, Midwestern American family is fondly remembered by those of us lucky enough to come from such families and those of us who longed to. Jim and Margaret Anderson treated their kids with authority, empathy and wisdom. And by the end of every episode, we'd all learned our lesson.

Join Jim and Margaret and Betty, Bud and Kathy in their very first 7 episodes as everyone's favorite '50s family in Father Knows Best.