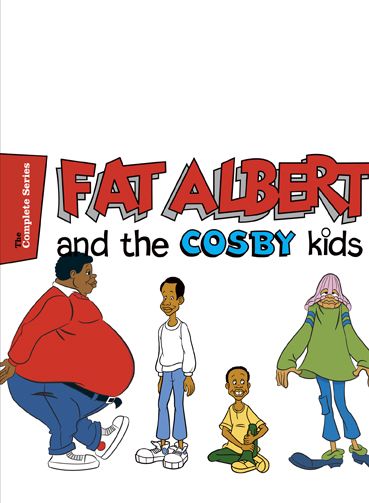 Fat Albert And The Cosby Kids: The Complete Series

Here it is . . . every episode of the classic series created, produced and hosted by legendary comedian Bill Cosby. Fat Albert was not only a show that entertained children, but it also delivered an educational and moral lesson. The show was based on Cosby's own childhood experiences growing up in the inner city of North Philadelphia and originated in his stand-up comedy routine in the late '60s.

In 2002 Fat Albert ranked #12 on TV Guide's list of the 50 Greatest Cartoon Characters of All Time.

Fat Albert And The Cosby Kids: The Complete Series includes all 110 episodes of the hit show. Join Bill Cosby, Fat Albert, Rudy, Weird Harold, Mushmouth, Dumb Donald, Russell and the Brown Hornet as they sing, laugh and learn their way into television history.

Fat Albert and the Cosby Kids