Special Offer: Order from ShoutFactory.com and get the NEW COLLECTOR’S EDITION BLU-RAY/UHD of the film, a LIMITED EDITION POSTER, and an EXCLUSIVE LIMITED EDITION 7” CLEAR WITH BLUE SPLATTER VINYL via Sacred Bones featuring newly recorded music by John Carpenter and housed in a lavish slipcase (see below for complete details).
Product Note: As of January 17, 2023, this offer has SOLD OUT. Escape From New York is also available with the 7" vinyl plus an exclusive enamel pin set from Gutter Garbs.

"Boasting one of the most iconic characters ever in Snake Plissken, and an effective sci-fi set-up, this is entertainment of the highest order." – Empire Magazine

In a world ravaged by crime, the entire island of Manhattan has been converted into a walled prison where brutal prisoners roam. But when the US president (Donald Pleasence) crash-lands inside, only one man can bring him back: notorious outlaw and former Special Forces war hero Snake Plissken. But time is short. In 24 hours, an explosive device implanted in his neck will end Snake’s mission – and his life – unless he succeeds! 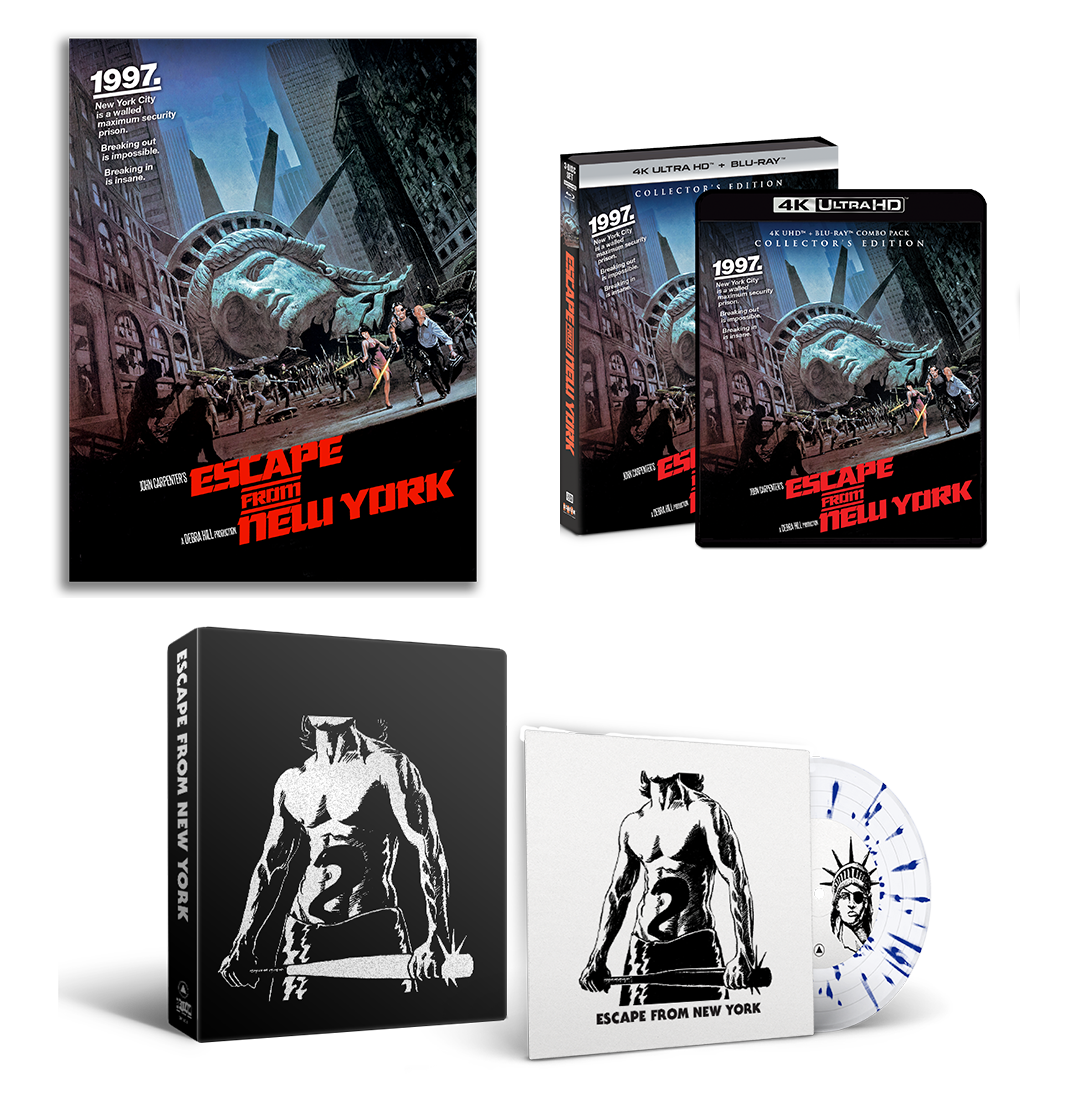