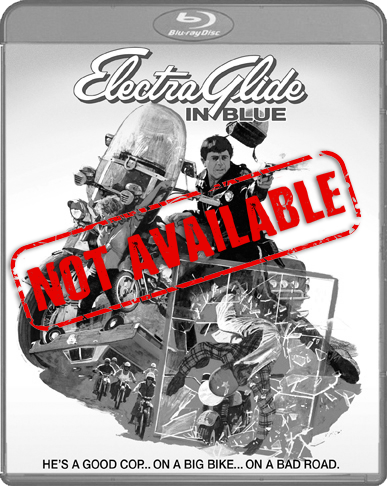 Electra Glide In Blue (SOLD OUT)

He's taking justice into his own hands.

The only thing good-hearted motorcycle cop John Wintergreen (Robert Blake, In Cold Blood, Baretta) wants is to become a detective...to wear a big Stetson, smoke fancy cigars and be paid to think. So when he stumbles upon a dead body, he takes the case – and proves he’s got the right stuff! But as soon as he's promoted, he finds that the corruption he must tolerate makes his Stetson not fit so well and the cigars not taste so good. Forced to confront his own disillusionment, Wintergreen heads out on his bike, the Electra Glide, and makes another shocking discovery that could cost him his life!