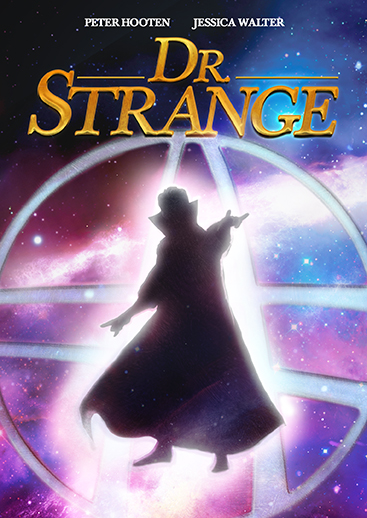 THERE IS A BARRIER THAT SEPARATES THE KNOWN FROM THE UNKNOWN…

A modern hospital may seem worlds apart from the days of ancient sorcerers. But for psychiatrist Stephen Strange (Peter Hooten, Orca) and his patient Clea Lake (Eddie Benton, Sledge Hammer!), this is where those worlds collide… and the nightmare begins! Nothing Stephen Strange learned in medical school could prepare him for an attack by an evil sorceress from the "fourth dimension," Morgan le Fay (Jessica Walter, Arrested Development), a villainess who plans an invasion of unimaginable evil on Earth. Chosen by an ancient guardian of the spirit world to learn the mystic arts to defeat Morgan and safeguard the Earth, Stephen Strange must take the place of the Earth's last sorcerer. Come along for a fantastic adventure into the "fourth dimension" with… Dr. Strange!