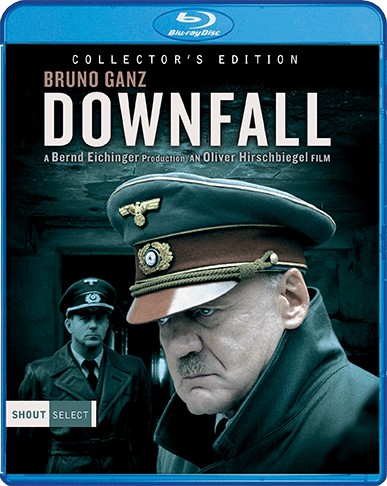 Called "dramatic, accurate and harrowing" by the San Francisco Chronicle and nominated for the 2004 Oscar® for Best Foreign Language Film, Downfall takes you into Hitler's bunker during the brutal last days of the Third Reich.

In the eyes of Hitler's infamous secretary, Traudl Junge (Alexandra Maria Lara, The Reader), optimism crumbles into grim realization and terror as it becomes clear that Germany's defeat is inevitable. As the Russian army circles the city, the dimly lit halls of the underground refuge become an execution chamber for the Führer and his closest advisors.

Directed by Oliver Hirschbiegel (The Experiment) and featuring an indelible performance by Bruno Ganz (Nosferatu The Vampyre) as history's most notorious despot, Downfall gives a gripping insight into the madness and desperation of a tyrant's final hours.