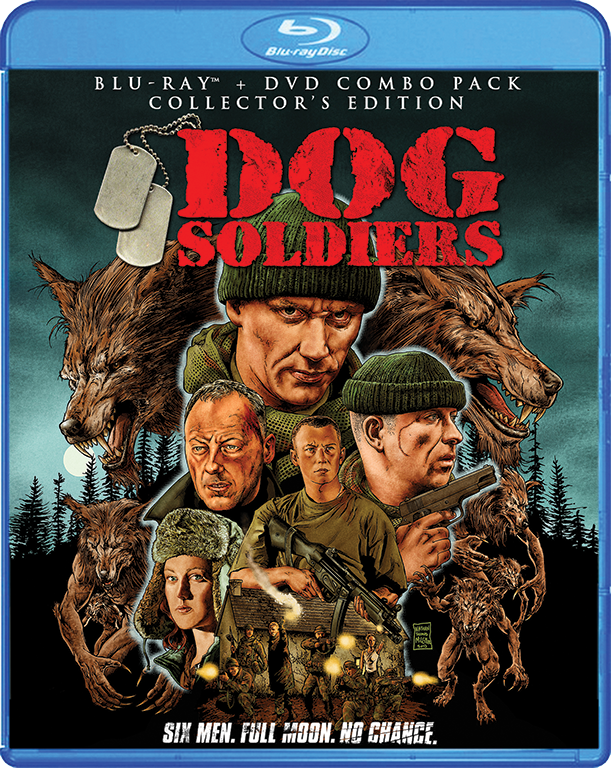 "One of the most explosive and purely enjoyable horror debuts since The Evil Dead." – Total Film

A group of soldiers dispatched to the Scottish Highlands on special training maneuvers face their biggest fears after they run into Captain Ryan – the only survivor of a Special Ops team that was literally torn to pieces. Ryan refuses to disclose his mission even though whoever attacked his men might be hungry for seconds. Help arrives in the form of local girl who shelters them in a deserted farmhouse deep in the forest...but when they realize that they are surrounded by a pack of blood-lusting werewolves, it's apparent their nightmare has just begun!

“This 2002 gem is a well deserving and gore soaked entry into those Collector’s Edition ranks. If you missed it then, by all means don’t go missing out on it now.” – Zombies Don’t Run

“It’s a definite pick-up for fans of the film, of Marshall’s filmography, and of horror in general.” – Nerdist

“This new edition is not too be missed.” – Examiner

“Rightly considered a cult classic, and featuring a loving amount of practical effects, and without a single weak performance in a genre infamous for them, Dog Soldiers belongs on every horror fan’s shelf, and this edition of the film is the definitive version to put there.” – Cut Print Film

“This Collector’s Edition of Dog Soldiers is quite the release, and definitely one of my favorites Blu-ray releases of 2015 so far” – Icons of Fright

“Scream Factory has gone above and beyond in delivering horror fans the goods with a new audio commentary track and mini-docs that detail the making of the film with new interviews with the cast and crew.” – Geeks of Doom