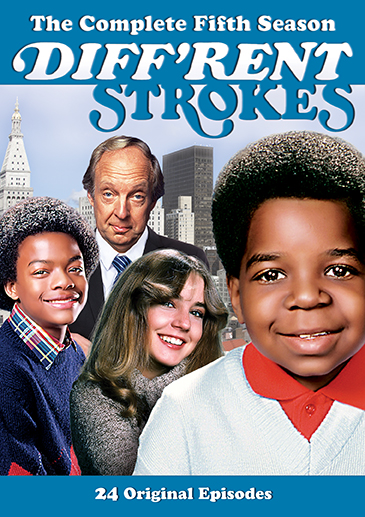 They'll have theirs, you'll have yours, and I'll have Diff'rent Strokes: Season Five!

Arnold, Willis and the rest of the Drummonds are back for perhaps the most iconic season of one of your all-time favorite sitcom! Season Five brings a slew of notable guest stars, including Janet Jackson, Joey Lawrence, Andrew Dice Clay, Kareem Abdul-Jabbar, Shari Belafonte, Garrett Morris, Gordon Jump, Dorothy Hamill, Jami Gertz and Nancy Reagan… and one of the most memorable stories to air on 80s television, when Arnold and his friend Dudley encounter a seemingly harmless Bicycle Shop owner…