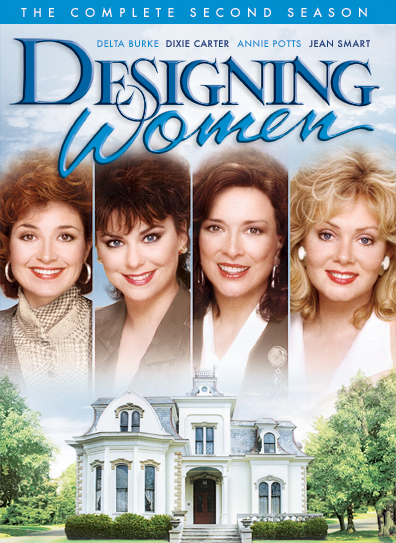 The staff of Sugarbaker and Associates returns as the sizzle and shake of the South in the second season of Designing Women.

Suzanne (Delta Burke), Julia (Dixie Carter), Mary Jo (Annie Potts) and Charlene (Jean Smart) bring their sexy, strong, smart and sweet Southern style to the Sugarbaker interior design firm. Personalities collide, power struggles ensue, egos are bruised — it's all in a day's work. Having joined the women midway through the first season, Anthony Bouvier (Meshach Taylor) continues on as a series regular and part of the Sugarbaker team as the ex-con with a heart of gold turned male sounding board. This second season also offers the delightful — and now regular — presence of the "just a little off the beam" feisty widow Bernice Clifton (Alice Ghostley). Guest stars include Gerald McRaney (who would later go on to wed Delta Burke in real life), Scott Bakula and Billy Baldwin.

Created by Linda Bloodworth-Thomason, Designing Women aired on CBS from 1986 to 1993, running seven seasons strong. A perfect marriage of smart and funny, the series achieved critical acclaim through its run and remains one of the most groundbreaking series to ever hit the airwaves.