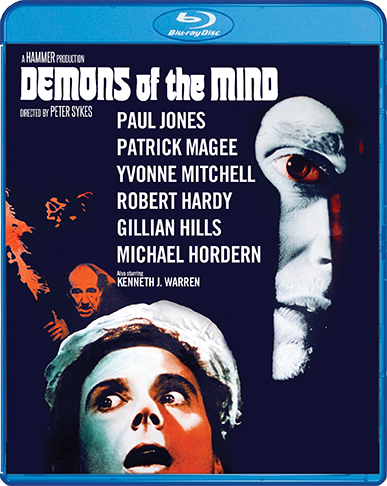 Demons Of The Mind

In the 19th century, a depraved baron confronts a hereditary curse by imprisoning his two adult children in the family castle. When a nearby village is plagued by a series of murders, the killings trigger a mass hysteria of rituals and sadistic desires. Can these "demons" be destroyed by a power beyond madness ... or will a final onslaught of evil forever torment this land?

Patrick Magee (A Clockwork Orange) and Paul Jones (lead singer of the band Manfred Mann) co-star in this psychological shocker from the director of To The Devil...A Daughter that many Hammer fans consider to be one of the studio's most offbeat and unique horror thrillers ever!

Demons of the Mind