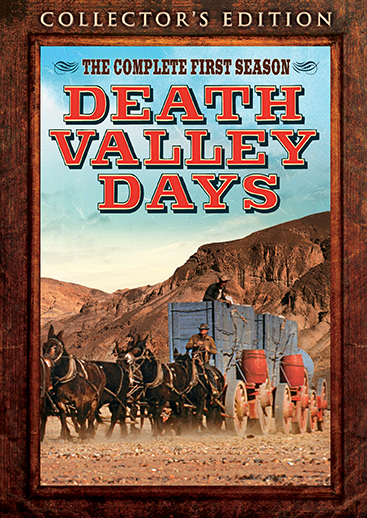 Tales and legends of the Old West come to life in Death Valley Days!

A staple of the Golden Ages of both radio and television, Death Valley Days earns its reputation among true Western fans as one of the most beloved and longest-running Western programs in broadcast history. An anthology series exploring fascinating stories of the American West, its legacy as a true classic is undeniable.

As introduced by "The Old Ranger" (Stanley Andrews), the eighteen episodes within Season One of Death Valley Days present dramatic and powerful narratives based on true events. This grounded approach would set Death Valley Days apart from the more stylized presentations that were more common amongst the series' contemporaries. Top-notch writing, acting, and direction combine to present a vision that respects both the actual men and women who lived in and fought for the glorious Old West, and the intelligence of the audiences at home who tuned in every week.

Retrace the steps of those who won the west today with this amazing collection of some of the finest Western television ever produced.