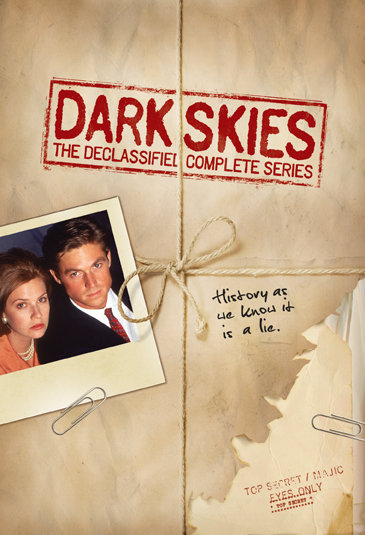 On July 2, 1947, a spacecraft of unknown origin crashed in the New Mexico desert outside Roswell Army Air Base. Four bodies-known as the Grays-were recovered. From that moment on, everything you think to be true about American history has been influenced by that event.

On February 17, 1962, another event occurred, related to the first, but one that has, until now, been kept completely suppressed. You are being trusted with that secret.

In 1996, television audiences were introduced to John Loengard (Eric Close) and Kimberly Sayers (Megan Ward), two heroic freedom fighters charged with the unearthly task of protecting humanity against an alien infestation known as the Hive while showing us-through their own experiences and actions-the truth behind our own recent past. Call it alternative history or call it the unthinkable truth. Either way, call it ... Dark Skies.