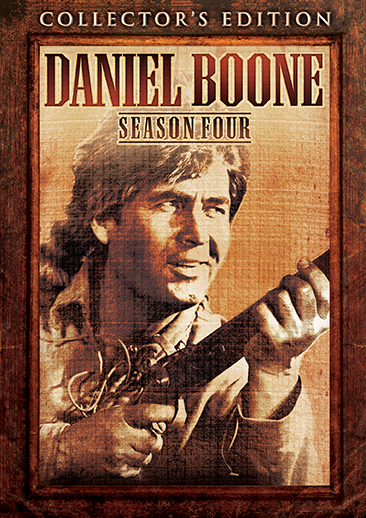 "With an eye like an eagle, and as tall as a mountain was he…"

Fess Parker is back as the legendary frontiersman Daniel Boone in the fourth season of the beloved hit series. Through Parker's iconic portrayal, Boone's sense of adventure, homespun wisdom, and can-do attitude represented the best of both the pioneer spirit as well as the American ideal during the show's original run from 1964 to 1970.