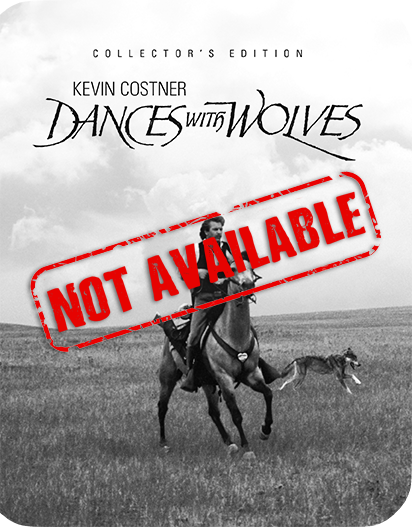 INCLUDES THE ACADEMY AWARD®-WINNING* THEATRICAL CUT FOR THE FIRST TIME ON BLU-RAY!

Kevin Costner stars in and directs this triumphant masterpiece written by Michael Blake, based on his novel. This breathtaking Steelbook Collector's Edition includes the original theatrical cut for the first time on Blu-ray, an extended cut of the film and an entire disc of bonus features. Winner* of seven Academy Awards®, including Best Director and Best Picture, this modern classic tells the story of Lt. Dunbar (Costner), a Civil War hero who befriends a tribe of Native Americans while stationed at a desolate outpost on the frontier. What follows is a series of unforgettable moments — from Dunbar's tender scenes with Stands With A Fist (Mary McDonnell), to the thrilling, action-packed buffalo hunt. Experience the excitement, emotion and sweeping beauty of this cinematic treasure as never before on Blu-ray!