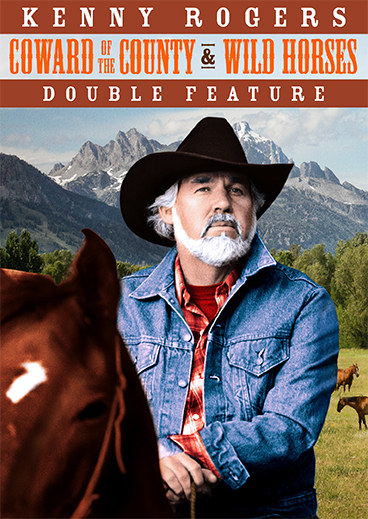 A PAIR OF ACES FROM EVERYONE'S FAVORITE "GAMBLER," KENNY ROGERS!

COWARD OF THE COUNTY

Taking its inspiration from one of Rogers' all-time greatest hits, Coward Of The County stars the legendary performer as a small-town preacher whose nephew has taken a pledge of pacifism at the request of his dying father. The young man's oath is tested when the Gatlin boys attack his loving wife. Frederic Lehne, Largo Woodruff, and William Schreiner also star in this riveting drama.

Rogers rides tall in the saddle as a past-his-prime rodeo champion who turns away from his more domestic lifestyle to take part in a roundup to recapture the wildness within himself. This modern-day western adventure also features Pam Dawber, Ben Johnson, David Andrews, Richard Masur, and Richard Farnsworth.

Coward of the County