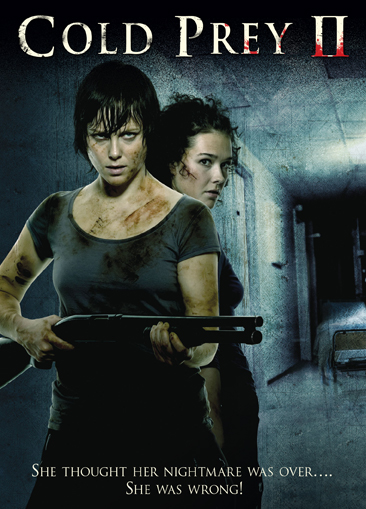 “One of the better made and more entertaining examples of the slasher form in recent years.” – Beyond Hollywood.com

“It’s rare for a sequel to outdo the original, but that’s exactly what Cold Prey II does.” – Hysteria Lives.com

Having survived the hideous ordeal in the Jotunheimen mountains in which four of her friends were murdered, the badly injured Jannicke is brought to the local hospital, along with the body of the vicious mountain man whom she’d killed. But when she wakes up in the hospital, the building is dark and deserted…and she soon realizes that her nightmare is not yet over.