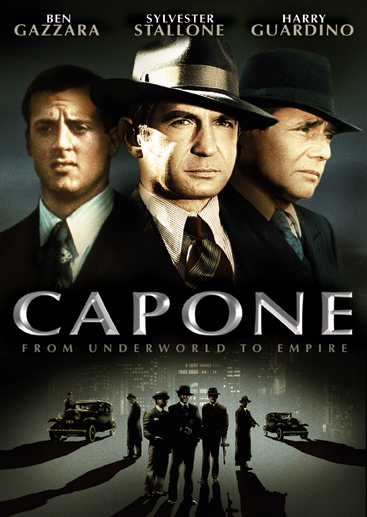 From his hood roots in New York, to the St. Valentines Day Massacre and "king of racketeering" reign in Chicago, to the end of his days in Florida, Capone is the definitive biopic of the world's most infamous gangster.

Produced by Roger Corman, this feverishly paced and stylistic crime drama in the spirit of The Godfather and a precursor to Goodfellas holds no punches when it comes to portraying violence and brutality that came with the territory and the times.