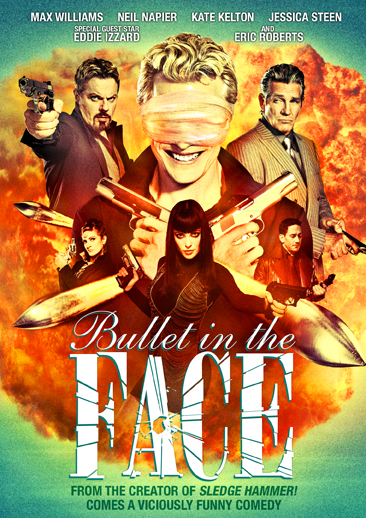 “Some viewers would be horrified by the show’s rampant cartoon violence, misogyny and general disreputableness …” – The New York Times

FUN AND MAYHEM IN BRUTEVILLE!

Violent criminal Gunter Vogler (Max E. Williams) is a sociopath. He hates everyone and everything. When a bloody jewelry store robbery goes awry and he is shot by his accomplice and girlfriend, Martine (Kate Kelton), he eventually wakes up in a hospital having received a face transplant. Gunter now has the face of a police officer he had killed earlier and as payback, the police tell him he now has to work for them and fight crime.

With old friends becoming his new foes and enemies turning into allies, Gunter suffers an identity crisis that has him seeking revenge against the entire human race. Law enforcement thought that with Gunter in their ranks, they were fighting fire with fire, but instead, Gunter is scorching the Earth. He is a one-man wrecking crew, a raging inferno carrying a police badge. He’s also a man on a mission to reunite with the woman he loves, Martine, who gave him the ultimate parting shot…a “Bullet in the Face.”

Co-starring Eddie Izzard as Tannhauser, an agoraphobic criminal with a flair for the dramatic, and Eric Roberts as Racken, an old school, low-class mob boss with a complete disregard for human life, Bullet In The Face is a gruesome satire much darker then creator Alan Spencer’s previous series Sledgehammer.