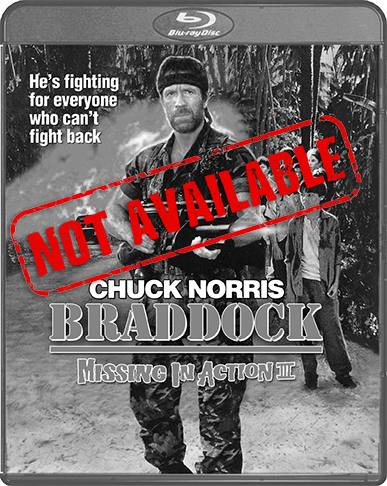 "By far the best movie of the series… All Chuck's fans will love it." – Michael Medved, Sneak Previews

When Colonel James Braddock (Chuck Norris) is told that his wife and 12-year-old son are still alive in Communist Vietnam, he mounts a one-man assault to free them. Armed with the latest high-tech firepower, Braddock fights his way into the heart of the country, and ends up battling his way out with several dozen abused children in tow. Struggling to protect the kids while outmaneuvering the sadistic Vietnamese officer General Quoc, Braddock ignites the jungles in a blazing race for freedom.