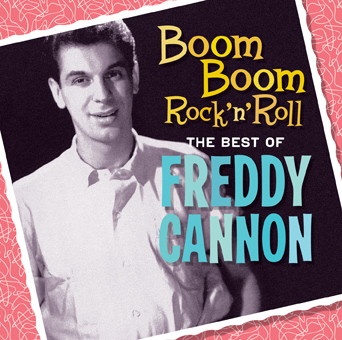 Often overlooked as one of the greatest hit-makers in Rock 'n 'Roll's storied history, Freddy Cannon made rock & roll records; great noisy rock & roll records and all of them were infused with a gigantic drum beat that was an automatic invitation to shake it on down anyplace there was a spot to dance. Freddy Cannon remained true to the beat and made some really great fun rock & roll records in the bargain. Cannon is sometimes known as Freddy "Boom Boom" Cannon. His nickname comes from the big bass drum sound on his records.