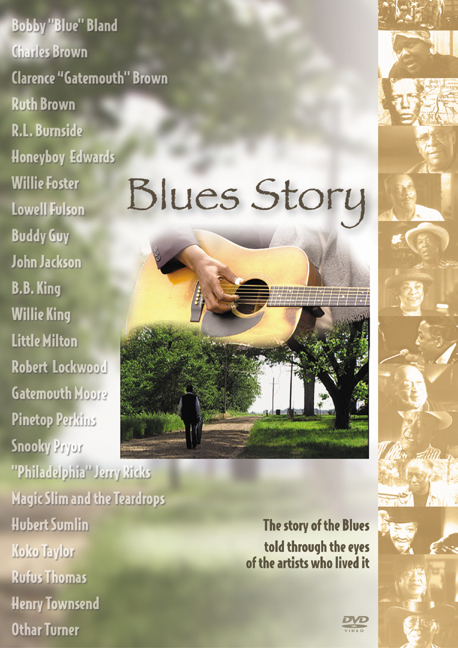 Blues Story presents an impressionistic history of one of the most lasting art forms America has ever produced - as told for the first time through the eyes of the artists who lived it. Combining exclusive interview and performance footage with vintage clips and the music of many Blues legends long gone, the history of this richly felt music is illuminated - from its African roots to its American urban expression - along with its profound place in our cultural heritage.

The result is a rare, first-hand glimpse into the lives of these vanishing artists, and a moving, insightful and informative look into a music that continues to be loved by millions throughout the world.

Blues Story brings together for the first time the living legends of the Blues, featuring remarkable and exclusive interviews and performances. Blues Story takes you into the lives and culture of these important artists providing a moving and informative look into the Blues scene.