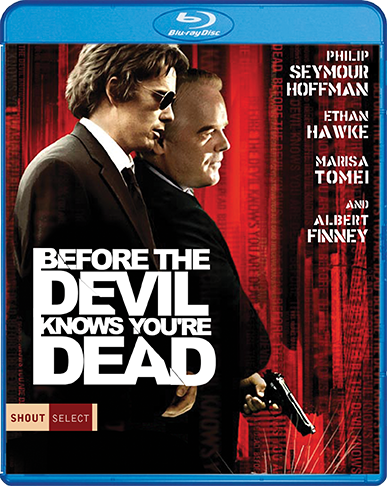 Before The Devil Knows You're Dead

"Dark wit, suspense and tragedy ... A dynamite film ... No way you won't be knocked for a loop." – Rolling Stone

Master filmmaker Sidney Lumet (The Verdict, Dog Day Afternoon, Serpico) delivers "one of his greatest achievements" (Roger Ebert) with this riveting and compelling suspense thriller. Oscar®-winner* Philip Seymour Hoffman (Capote) is Andy, an overextended payroll executive who lures his younger brother, Hank (Ethan Hawke, Training Day), into a larcenous scheme: the pair will rob a suburban mom-and-pop jewelry store that appears to be the quintessential easy target. The problem is, the store owners are Andy and Hank's real mom and pop, and when the seemingly perfect crime goes awry, the damage sends them hurtling toward a shattering clash that may obliterate their already precarious lives.

*2005: Best Performance by an Actor in a Leading Role, Capote

Before the Devil Knows You're Dead