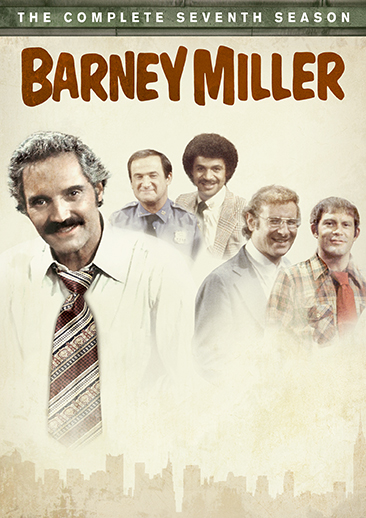 A cop show hailed for both its inspired lunacy and remarkable realism, Emmy® Award-winning Barney Miller is a humanistic and comical look into the daily grind of a police squad in New York's Greenwich Village. Beginning in 1975 and continuing for eight acclaimed seasons, this unforgettable show followed the detectives of the 12th Precinct as they took on everything from domestic disputes to suicide bombers to bad coffee. The plain, cramped squad room of Barney Miller played host to a glorious array of oddballs — perps, victims, and cops alike — and served as a window into the world of the American Everyman, with all his foibles and triumphs.

Season Seven's 22 episodes find the boys of the 12th Precinct coping with both bulletproof vests and being turned into a homicide-only squad, while Detective Harris’ career as an author brings him undesirable side-effects. Hal Linden, Max Gail, Ron Glass, Steve Landesberg and Ron Carey star in this outstanding seventh season of a show that's so funny, it's criminal.