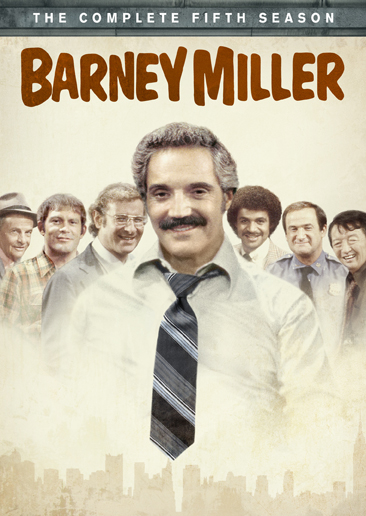 The boys of the 12th Precinct are back on the case in Barney Miller: Season 5! The down-to-earth detectives of New York City's Greenwich Village, led by Captain Barney Miller, have seen their share of quirky crimes and peculiar perps over the years, and Season 5's line-up is particularly perplexing. From a disorderly mime to a casino-running rabbi, these twenty-four episodes have our favorite blue-collar cops working overtime!

Originally airing on ABC's 1978-79 season, Season 5's equal measure of humor and humanity exemplifies the high standard that made Barney Miller one of the most distinctive and fondly-remembered shows of its time, as well as an Emmy® and Peabody Award winner.