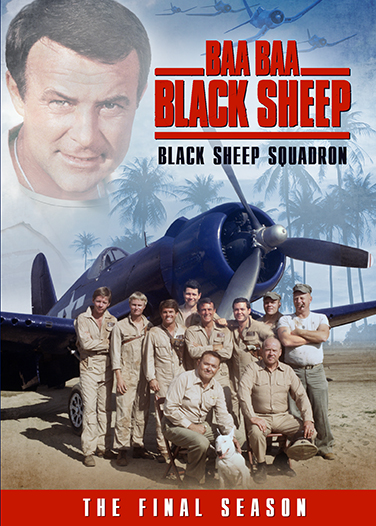 Take to the skies with Major Gregory "Pappy" Boyington and his misfit band of Marine fighter pilots as they cement their legacy as the "Terrors of the South Pacific" in Black Sheep Squadron. A continuation of the thrilling World War II tale that began in Baa Baa Black Sheep, these thirteen episodes follow the ongoing adventures of Boyington and his unconventional team as they take on the missions no one else is brave (or crazy) enough to handle.

Starring television tough guy Robert Conrad and featuring a memorable supporting cast (including John Larroquette, Jeb Adams, Dana Elcar, Jeff MacKay, and Robert Ginty), this Stephen J Cannell created actioner is a high-flying blast of excitement. It's time to fasten your seatbelts: Black Sheep Squadron is coming in for a landing on DVD!